So You Think God Can’t Use You? Think Again! 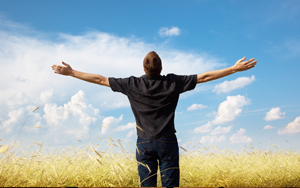 I remember playing sports and choosing teams as a young man. The best players were always chosen first. You chose the best players in order to gain the advantage over the other team and hopefully ensure victory for your side. But God is not like that. When God chooses, He does not look at what we have, but at what we don’t have. He chooses those who are needy and who have nothing to offer Him except weakness and foolishness. He picks those the world would disqualify and makes them His co-laborers; members of His team.

Note that the passage above teaches that God “chose” the foolish, the weak, and the despised. That is, He did not end up with these people because He had no option but to work with the leftovers since the “better” qualified ones were not available. No, these were the ones He actively sought out; the ones He preferred to work with.

I Corinthians 1:30 reads: “And because of Him you are in Christ Jesus, who became to us wisdom from God, righteousness, sanctification, and redemption, so that, as it is written, ‘Let the one who boasts, boast in the Lord.’” So contrary to what you may feel, your ordinariness and your inadequacies are the very reason God has chosen you and the very reason He can use you to do some extraordinary things. God will not use any man or woman who is self-dependent. He will only use those who are humble enough to say to Him, “I have no strength, but You; no wisdom, but You; no righteousness, but You. I have nothing to offer You but weakness. But here I am anyway. Use me.”

While preaching on this subject recently, I spoke these words under the inspiration of the Holy Spirit:

“Our weaknesses, no matter how great they might be, are but a drop in the ocean of God’s strength.”

Now, that blesses my heart! God’s power will swallow up our weaknesses and make them a non-issue. This means, whatever He has chosen to do through us, He is able to do, in spite of, and sometimes because of, our weakness.

God has chosen the weak things of the world. If you think God can’t use you, think again! 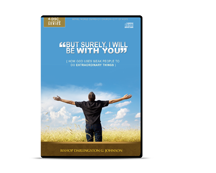 “BUT SURELY, I WILL BE WITH YOU”:
How God Uses Weak People To Do Extraordinary Things (4-Disc Audio Series)
1. I Will Be With You
2. Take Your Stand
3. Becoming God’s Man of Valor
4. The Sword of the Lord

10 Comments on “So You Think God Can’t Use You? Think Again!”