How Parents Provoke Their Children 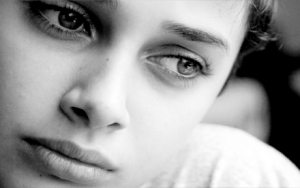 Ask a typical man what he does, and you’d likely hear about his career. “I’m a teacher.” “I’m an accountant.” “I’m a doctor.” Seldom will you hear him say first, “I’m a dad.” But the job of being a parent is by far the most important job on earth.

Children are indeed precious to God and, without doubt, His most valuable possessions on earth. It is an awesome thing that He would entrust them into the hands of earthly parents. This is huge. Being the CEO of a Fortune 500 company doesn’t even come close!

The job of a parent is to nourish their children spiritually, emotionally, and physically. The goal is to provide for their physical and emotional needs, and to bring up children who know the love of God personally and are walking in the ways of the Lord. To do so, parents must have the authority to establish rules and enforce discipline.

Contrary to what modernists would want us to believe, children are not little angels that left to themselves will naturally grow up to respect authority and do right. No, every child is born with an Adamic nature, with a natural bent toward rebellion, sin and selfishness. Left to themselves, they will grow up to be liars, rogues and rebels.

Too many parents fail in this regard. They “provoke” their children to “wrath.” They abuse their children verbally and physically. They leave their children feeling insecure, unloved, and unable to honor authority, not even God’s. Only a miracle of grace can heal them.

How do parents provoke their children to wrath? How do they discourage them to the point of giving up? They do so in three general ways: being too indulgent, being too harsh, or being inconsistent.

When parents are too indulgent, they fail to set rules and enforce consequences. Children with indulgent parents end up raising themselves. Without parental boundaries, they feel vulnerable, uncared for and very insecure. It’s like sleeping in a “house” without walls! It’s like driving through dangerous intersections without stop signs!

When parents are too harsh, they establish unrealistic expectations, and administer punishment without any compassion, love or understanding. They often do so while angry and out of control themselves. Unrealistic expectations, frequent criticisms and few compliments can cause a child to become frustrated, particularly if he or she only feels loved if those standards are met.

When parents are inconsistent, they say one thing but do something else. They are one way in public, but another way in private. Children are watching and see the hypocrisy and double standard. This can easily result in rebellion.

Instead of provoking children to wrath and discouragement, God exhorts parents to “nourish” them up in the “training and admonition of the Lord.” God’s way is to nourish, to build up, not tear down; to encourage, not discourage. Doing it God’s way will produce positive results that will stimulate real wholesome growth and development in children.

If I had my child to raise over again
I’d build self-esteem first and the house later
I’d finger paint more and point the finger less
I would do less correcting and more connecting
I’d take my eyes off my watch and watch with my eyes
I would care to know less and know to care more
I’d take more hikes and fly more kites
I’d stop playing serious and seriously play
I would run through more fields and gaze at more stars
I’d do more hugging and less tugging
I’d see the oak tree in the acorn more often
I would be firm less often and affirm much more
I’d model less about the love of power
And more about the power of love.

Parenting requires God’s wisdom and grace. Parents, I encourage you to come to the throne of grace to find the help, strength and wisdom you need each day. There, at His throne, you will find the grace you need to walk in God’s best!

10 Comments on “How Parents Provoke Their Children”