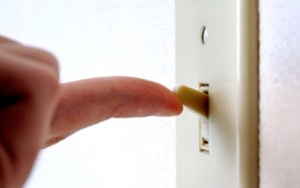 After 12 years of suffering, of continuous bleeding, going from doctor to doctor, hospital to hospital, spending all her money and only getting worse, she had had enough. So when she heard Jesus was going to be passing through her town, she made up her mind she was not going to just hope and pray for a miracle. She was going to make a miracle happen for her. And she did! (Matthew 9:20-22)

As proof of what I am saying, notice what Jesus said to this woman after she received her miracle: “Thy faith has made you whole.”

Now, we know virtue actually flowed out from Jesus and we know it was His power that healed her of this dreadful blood disease. Yet, Jesus gave her the credit for the miracle. He credited her faith, saying, “Your faith has made you whole.” Not His power, but her faith.

Why did he credit her faith? Because He knew that if she had not set her faith in motion that day, her miracle would have passed her by. She would not have been healed. She received her healing only because she flipped the switch of her faith on and made spiritual contact with His healing power.

This is similar to what happens when you turn the light on in a room. If you walked into a dark room and switched on the light, we would all know that the electric company supplied the power that produced the light and drove out the darkness. But we also know that the electric company gave you the authority to regulate the flow of power to your house. It gave you the ability to start or stop the flow by flipping a simple switch.  Unless you decide to flip the switch on, the light will not shine. You have the ability to make light happen. That is how the electrical system works.

And that is how God’s system of grace and faith works as well.  There were many others in the crowd the day she received her miracle, with various illnesses, who were not made whole. Why? Unlike the woman, they failed to turn on the switch of faith. Their faith was in the “off” position. You see, the power of God was present in Jesus to heal them as well, but God’s grace works in conjunction with your faith.

You do not receive a miracle just from being in the presence of Jesus. If so, they all would have been healed. You get a miracle when you decide to respond to God’s presence and power with a definite act of faith directed at a specific promise, a specific miracle, God has made available to you in Jesus.

This is why Jesus said to the woman with the issue of blood, “Thy faith has made you whole.” And that is why He said to two blind men before opening their eyes, “According to your faith let it be unto you.” (Matthew‬ ‭9:29‬ ‭NKJV‬‬)

Child of God, He has graciously given to you “the measure of faith” you need to receive miracles from Him. (Rom. 12:3) And the right to decide when and how you will use it.  When you choose to turn your faith on, the Spirit is allowed to do exceedingly abundantly above all you can ask or think. But when the switch of faith is in the off position, He can do no mighty works.

Let no day meet you with the switch of faith turned off. Keep it on. Keep asking, keep believing, keep receiving! Like the woman healed of her blood disease, open your mouth wide and declare your faith in God and in His promises. God is ready to fulfill His Word in your life. And He will!

← I Will Understand It Later
The Power of Faith →