Stop Calling Yourself a Sinner 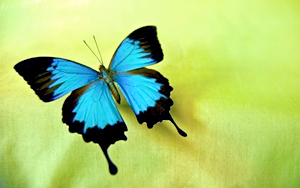 Do you refer to yourself as just “an old sinner saved by grace?”  If so, you should stop it.  Why?  Because it is not the truth!  And you are contradicting Scripture and weakening yourself spiritually by doing so.   You see, you can be “an old sinner,” or you can be “saved by grace,” but It is not possible for you to be both at the same time.

Once you received the grace of God and experienced salvation, you ceased being an old sinner.  You became a born-again child of God, a new creation, the righteousness of God!

Therefore, from now on, we regard no one according to the flesh. Even though we have known Christ according to the flesh, yet now we know Him thus no longer. Therefore, if anyone is in Christ, he is a new creation; old things have passed away; behold, all things have become new.
For He made Him who knew no sin to be sin for us, that we might become the righteousness of God in Him. (‭II Corinthians‬ ‭5‬:‭16-17, 21‬ NKJV)
This passage instructs you to stop defining yourself by what you look like outwardly and start seeing yourself as you are in Christ Jesus–new, clean, forgiven, and righteous.

“But,” you say, “Even though I know I am saved by grace, I know also I do still sin.  Doesn’t that make me an old sinner saved by grace?”  No, it doesn’t.  It makes you a saint who has some growing up to do.  It makes you a child of God who still needs to discover how much God loves you and the exceeding great power that works in you.  (See Eph. 1:15-19)

You need to see that salvation changes your nature completely. It is similar to what happens to a caterpillar when it changes into a butterfly. Once the caterpillar goes through metamorphosis and is “born-again,” it ceases to be what it was and becomes something totally new.  It ceases to be an earth-bound creature crawling in the dirt, and becomes a butterfly, equipped with wings, flying up above.
Now, who refers to a butterfly as a “caterpillar that flies?”  Nobody in their right mind!  It used to be a caterpillar, but it is definitely not a caterpillar any longer.  People see it as it now is; not as it was at one time.

Does a butterfly occasionally land on things below and get dirt on its wings? Yes, but will that cause it to become a caterpillar again? No, once a butterfly, always a butterfly!

Child of God, how you see yourself is critical to your growth spiritually.  If you continue to see yourself as “an old sinner,” you are going to continue to behave like an old sinner.  And that’s just what the devil wants. But if you allow the Spirit of God to renew your mind with His Word so that you see yourself as the righteousness of God, always holy and blameless in His sight, not because of what you do, but because of whom you have inside of you, sin will no longer reign over you.  Instead of struggling to do works of righteousness, and failing, you will begin to produce righteous deeds effortlessly as the fruit of your new nature.

4 Comments on “Stop Calling Yourself a Sinner”