You Are Not Still In Your Sins 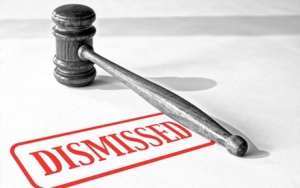 Guilty or not guilty? Detectives look for clues. Lawyers seek to convince. Juries ask for proof. The stronger the evidence, the more reliable the facts, the more certain the verdict. We make bold claims concerning the sacrifice of Jesus. Do we have solid Biblical evidence to support our claim that because we believe in the the blood of Jesus we are totally and absolutely not guilty before God of sin? Yes!

And if Christ is not risen, your faith is futile; you are still in your sins! (I Corinthians 15:17 NKJV)

Let’s look at this verse. Let’s analyze it. Then, make some logical deductions.

First, what does it mean to be “still in your sins?” It does not mean you are still capable of sinning and still do. If that were the case, there would be no one who is not “still in his or her sins.” Rather, this expression means to be still under the sentence of judgment because of your sins. It means that you are still being charged for your sins and are still subject to divine punishment for breaking God’s laws.

Now, let’s engage in a bit of logic. If A = B, then B = A. It used to be so when I was in junior high. Unless things have changed, it still is. Logic is still logic.

According to this verse, if Christ be not risen, even though we have faith, we are still in our sins, i.e. subject to divine judgement because of our sins. Since this statement is true, then logically, the opposite idea has to be equally true. So let’s consider the opposite statement.

The two ideas, Christ being risen and those who believe still being in their sins are, logically speaking, mutually exclusive. It’s either one or the other. It is biblically illogical and spiritually impossible for both statements to be true. Either Christ is risen, or we are in our sins. You must accept one or the other.

Is Christ risen? He is. The grave is empty.

Then, can you, who believe in Him, still be “in your sins?” Absolutely not!

Now it was not written for his sake alone that it was imputed to him, but also for us. It shall be imputed to us who believe in Him who raised up Jesus our Lord from the dead, who was delivered up because of our offenses, and was raised because of our justification. (Romans 4:23-25 NKJV)

According to verse 25, Jesus was raised because of our justification. That is, the resurrection of Jesus was due to and on account of us being justified. It was predicated upon Jesus successfully making us holy, righteous and blameless before God. Had He failed to take out of the way just one of our sins, He would have failed to make us blameless in the eyes of the Law. God, then, would not have raised Him up from death. It would have been spiritually illegal for Him to do so.

We, therefore, conclude thus. All our sin debts are forever settled and all charges dismissed. We are totally and completely forgiven once for all time. The Lamb of God has succeeded in taking all our sins out of the way. And what is our proof? The resurrection of Jesus!

Child of God, are you willing to say that Jesus is not risen? Then neither should you be willing to say that you, who believe in Him, are still in your sins, subject to God’s wrath for your sins. To say this, for all practical purposes, is to deny the resurrection of Jesus Christ!

← What’s Before You, Blessings or Curses?
Indestructible →

7 Comments on “You Are Not Still In Your Sins”