The Secret In You 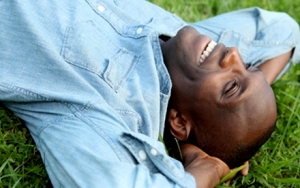 Have you ever tried to write with a pen that had no ink in it? You shook it, you squeezed it, you pressed down hard with it, but it still did not write. And what happened? You became frustrated with it and threw it into the trash.

Have you ever tried starting a car without fuel in the tank? You put in your key, turned the switch, but it didn’t start. So you tried again, pushed down harder on the gas pedal, but it still did not start. You kept doing the same thing, over and over again, to no avail. Finally, being totally frustrated by the failure of the car to start, despite your persistence and best effort, you got out of the car, said some mean things to the car, and then wondered how you could have been so careless and stupid to allow yourself to run out of gas completely.

What’s the problem? Pens need ink to write, cars need fuel to run, and Christianity needs Christ on the inside of you to work. Pens without inks do not write, cars without fuel do not run, and trying to live a Christian life without faith in the life of Christ inside of you is an exercise in futility. In fact, it is not real Christianity. So if you are frustrated with your version of Christianity, you need to exchange it for the real thing.

What is the key to Christianity that makes it work? It is not rules; it is not church attendance. It is Christ Himself living His own life through us.

Paul called this a mystery, a divine secret that was hidden for ages but is now revealed through the Gospel.

To them God willed to make known what are the riches of the glory of this mystery among the Gentiles: which is Christ in you, the hope of glory. (‭Colossians‬ ‭1‬:‭27‬ NKJV)

Contrary to what many think, Jesus did not come to help us “serve God.” He came to live His own life through us. Nor did he, in the words of Bob George, come primarily “to get us out of hell into heaven, but to get himself out of heaven into us.”

Living the Christian life is not just hard, it is impossible! That’s why the only way to experience it is to trust Jesus to live it for us through us.

Child of God, the Gospel is not just about having heaven tomorrow; it is about having Jesus right now living through you. Your part is to put your faith in Him daily. His part is to do it.

He who calls you is faithful, who also will do it. (‭I Thessalonians‬ ‭5‬:‭24‬ NKJV)

Category: General     Tags: Christ living in us, Christianity, Faith, Jesus, Joined to Christ, One with Christ

← Lift Up Your Eyes
The Grace Heresy →

10 Comments on “The Secret In You”