Guess Who’s Mad About You 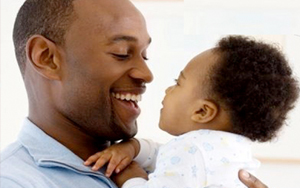 I grew up hearing sermons that portrayed God as mad with sinners. I heard over and over again how God was pouring out His wrath upon people and nations. They blamed God for every natural disaster. They said he was angry with people for their wicked ways. They felt it was their duty to let everybody know how mad God was with them for their sins.

I guess those preachers thought the only way to get people to serve God was to make them afraid of Him. And I guess it worked to an extent because many today serve Him out of fear. They try to obey Him because they are afraid of what He will do to them if they make Him mad. He may kill them in a terrible accident, put some horrible disease on them. Or worse of all, send them to hell!

May I ask you a few questions? Assuming you are married, would it please you if the reason your spouse does not cheat on you is because he or she knows you will find out and is terribly afraid of what you will do as a result? Would you feel good about yourself and your marriage if the only thing sustaining fidelity in it is fear? The truth is fidelity based on fear is really not fidelity at all. And such a marriage would be a poor marriage indeed!

I know those preachers meant well, but they were mistaken. God is not interested in having a relationship with us based on fear of wrath. He is not pleased when the reason we serve Him is to avoid punishment. He knows such a relationship would not be worth its salt.

Listen to what the Word of God has to say about God’s attitude towards sinners:

So, I guess those preachers were not entirely wrong. The truth is, God is mad. Mad enough to die! But He’s not mad with sinners at all. He’s mad about them!

Now, that’s the way He likes it!

5 Comments on “Guess Who’s Mad About You”